Google has launched a plug-in that for want of a better phrase transforms Microsoft’s IE8 Browser into Goggles own Brower, Chrome .

With Google’s version offering faster launch, faster searching and better compatibility we may well find that a whole in the market place as just been filled nicely. 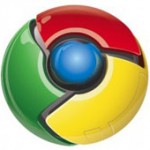 Research released in August 2009 by Net Applications (a US based market research firm), Internet Explorer sat with a comfortable 67 percent of the worldwide browser market, while the Mozilla –Firefox Browser had a respectful 23 percent and Apple Safari’s browser had 4 percent.

As it currently stands Chrome has been making ground on Internet Explorer, so what will this new development do to the web usage trends

Google’s Chrome Engineering Director Linus Upson indicated that he would be very disappointed if the Browser’s market share has not increased to 5 percent on its second birthday and double again to around 10 percent a further year on.

Attempting to not only scrap the surface of the browser users Google’s Chrome Team are determined to knock the Microsoft Giant of the firm foothold held for many years by making its first distribution deal with the one of the hardware market leaders Sony. Although the financial specifics of the deal are being held close, it has been described as experimental. However they are already in talks to increase their distribution with similar computer manufacturers to boost distribution.

Check out all the browsers available, the good, the bad and the down and out ugly.