The term itself “Social Media” often causes confusion and misunderstanding and I, myself have heard it explained in seminars and workshops with at least three different slants, so let’s start with the basics.

‘Media’ is not a new term that businesses are not used to using; however the term media now applies to many different areas, the main two being, Industrial Media and Social Media 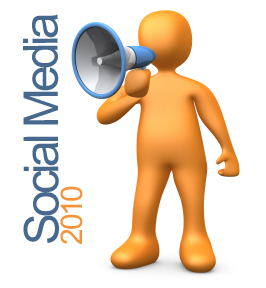 Industrial Media is commonly referred to as “traditional”, “broadcast” or “mass” media, and basically uses the good old pen and paper, newspaper, TV and radio. The content of which is delivered to you, not by mail (well sometimes but) by the author. The content is written, read or broadcast in full and although offers feedback ability, that feedback does not form part of the content. Interaction starts and stops with the delivery method and the person that is consuming the media.

Social Media (also under the banner of Web 2.0) is radically different to that. Social Media uses the internet and web technologies to deliver and transform content with the start of the content being OTM (One to Many) generating the MTM (Many to Many) viral structure. Businesses will often refer to this as UGC (User Generated Content)

Social Media is designed to be highly scalable, highly interactive and most of all very informative.

How Do I Benefit from Social Media?

Google LOVES content, it’s not human, and it does care if your pictures are really pretty, it’s a computer and computers read information and the information on the web is HTML code – simple.

Every blog article, forum post, tweet that generates traffic, buzz and interest in your web pages is gold dust. If it’s on the web it’s HTML and Google is reading it.

← Web Pages with CSS, Why and How
Business is Finally Embracing Social Media Marketing →